The 6/7s have embarked on an exploration of numbers and their factors. Factors are multiplicative building blocks of numbers: they are numbers that, multiplied together, produce another number. For example, 3 and 2 are factors of 6 because 3 multiplied by 2 equals 6. 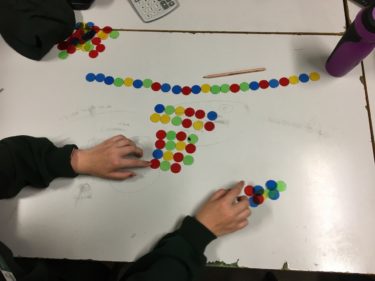 Once students were comfortable with the concept of factors, Factor Bugs were introduced. These funny creatures are a creative way to represent numbers and their factors. Their antennae always consist of the factor 1 and of the number itself, their belly holds the number, and their arms represent pairs of factors.

It is interesting to reflect on the different appearance of different factor bugs: some bugs have many, many arms, others not so much, and even more interestingly, some factor bugs don’t have arms at all!

Some – but not all – have a tail: these special numbers are called square numbers. 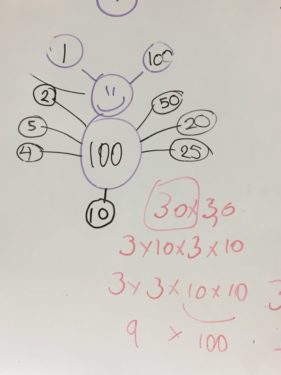 Some students became quite obsessed with factor bugs and started researching large numbers to see whether they could discover interesting factor bugs! One day during their morning recess, Eliza, Mia and Shaylah produced this massive factor bug for the number 900: 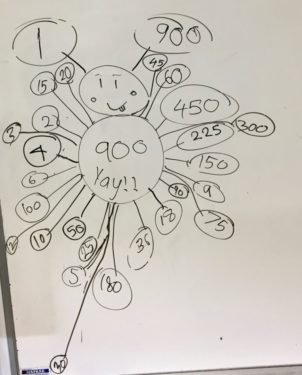 They took the class through the process of building this bug the next day for our Maths warm-up.

It was a fantastic Maths lesson. Well done, Maths entomologists!