Today the Upper Primary students completed a challenge during which they had to get into teams, and compete to be the first group to complete a 100-piece puzzle.

The five teams successfully completed their puzzles, with completion times varying between 11 and a half minutes to 18 minutes and 5 seconds.

After the first round, the students reflected on the strategies they had used (or not!) and the team skills they had demonstrated during the exercise.

They came up with the following skills that they thought were important when working together:

The teams then swapped puzzles and raced again to complete them, this time trying to consistently apply the strategies and skills they had brainstormed before. All teams but one managed to better their time, but that could be because at the end it was decided everyone should go and help them finish, which resulted in a VERY crowded table!

It was an activity that allowed for some fun times as well as important reflecting. Well done everyone! 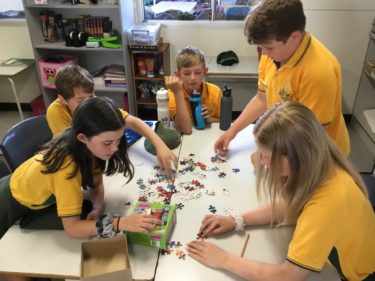 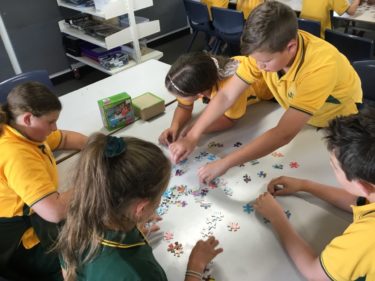 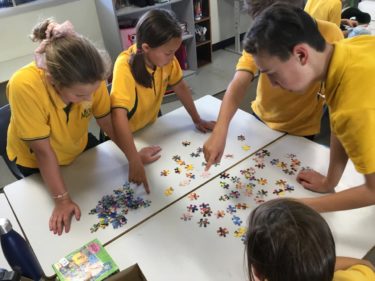 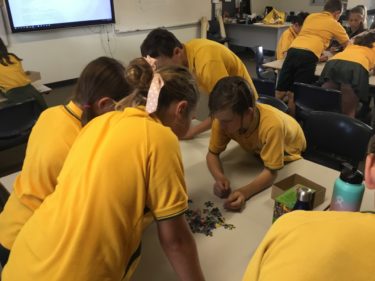 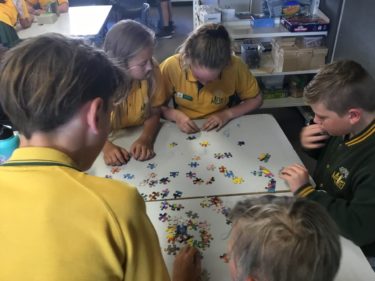 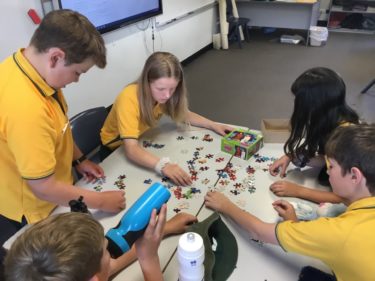 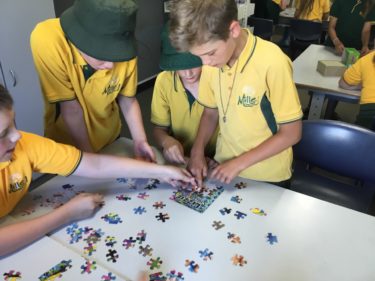 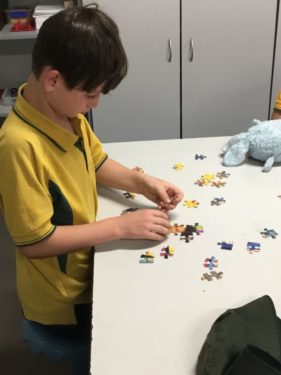 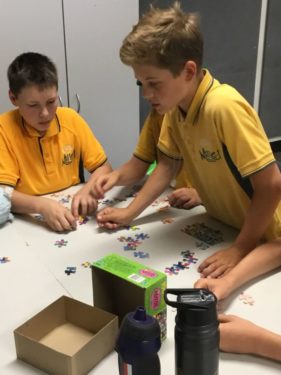 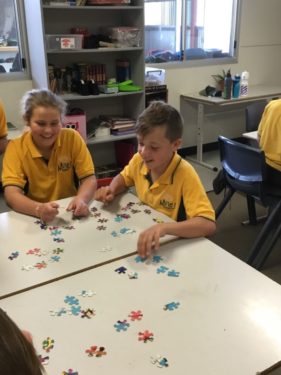